After 15 months of wearing my trainers three to four times a week for BODYCOMBAT, The Trip, and then in lockdown GRIT, BODYPUMP, even short runs, they asked to retire. In the summer I wanted an actual pair of running trainers so started to hunt around; my Asics trainers barely lasted 6 months, my Reeboks were a lottery as to whether they were comfortable that day, but I’ve always had success with Nikes. My Metcon’s were holding up well but I’d been in to store to find them. I had tried to find the pair online but with so much choice I was stuck, the online tool was somewhat helpful but I couldn’t narrow it down. I messaged Nike on Twitter to see if they had any suggestions; they were so helpful and they recommended the perfect pair.

With my Metcons losing their edge (quite literally, I was sliding around in them) I reached out to Nike to see if they could do some magic again.

Within an hour Nike had asked me some questions and had made a recommendation for these Air Zooms. At £105 they weren’t cheap, so I asked about the return’s policy if the fit turned out wrong.

It turns out that being a Nike member (which costs nothing) gives you a 60-day no-quibble return period. I could wear them a few times and send them back, with a full refund. On top of that, you get decent discounts when it’s your birthday; across all product lines?

Ordered Tuesday, arrived Friday. I put them on to break them in, I’ve done it before when I’ve worn trainers to a gym class fresh and oh my shit did they hurt. They’re an interesting lace design, and the way the sole is moulded really helps keep them on your feet. Which also means that they really hurt and I took them off after 15 minutes.

I pulled the laces apart and tried again later and they fit so well, the tongue had slipped down and was pushing my foot down.

Today I wore them for my first GRIT class and I could instantly feel how much more supportive they were. They were better at supporting my foot during lateral movement and moving in and out of lunges. I could feel the arch support however it wasn’t painful in my foot, some trainers I’ve tried on have quite rigid arch support which doesn’t play well with my fallen arches. There is some support under the toe joint which was slightly painful, however that’s the kind of breaking in that’s only done during classes. My feet were tired and slightly sore post workout, however for trainers that have been in the house barely 24 hours I am really excited to wear them on Monday night when I teach. 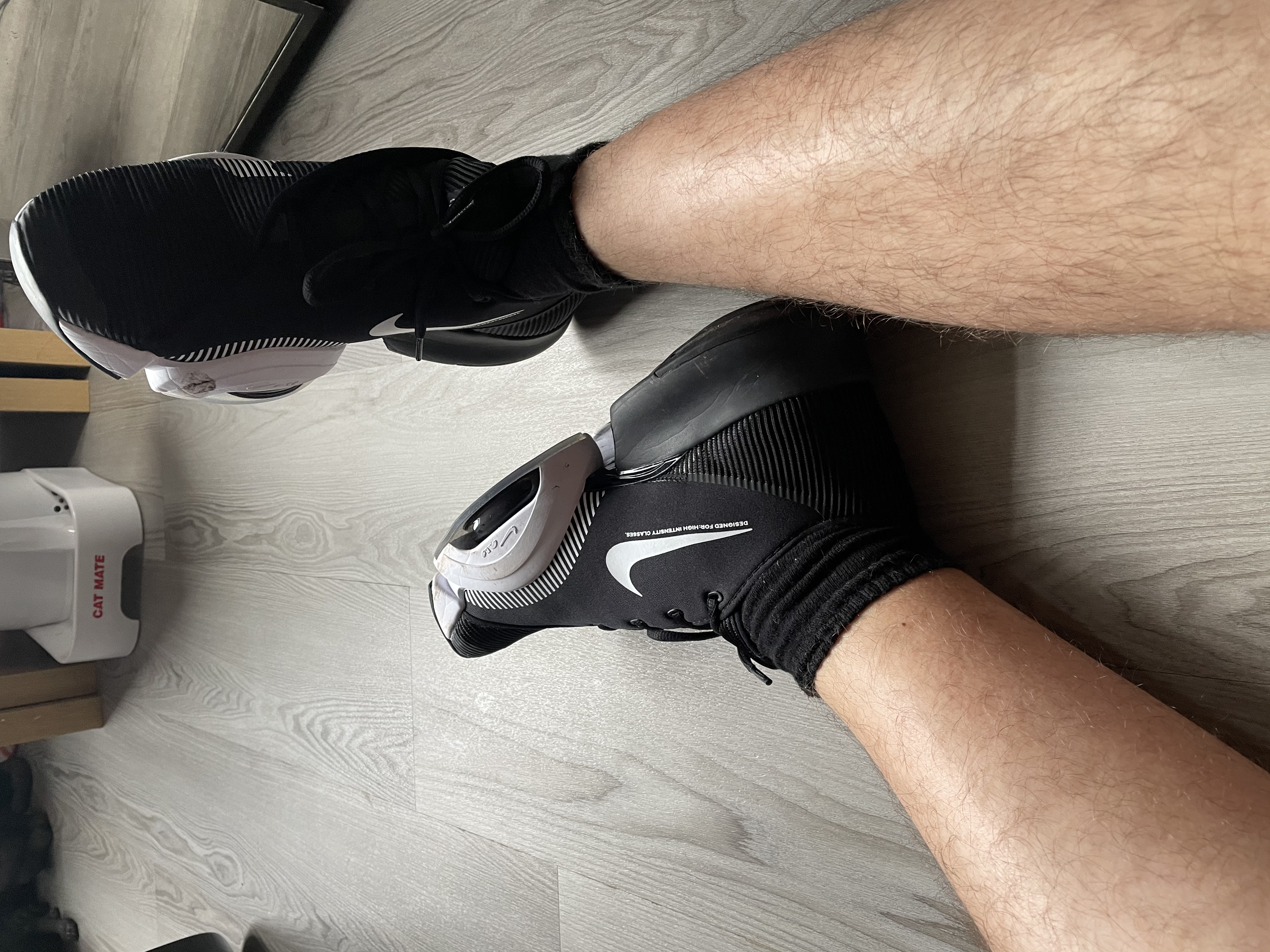