Music is a massive part of my home. There are more hours where music is played than where music isn’t played, and yes even when sleeping there is music. Or a soundscape, but definitely noise.

A couple years ago I picked up a Sonos Beam as a (relatively) cheap upgrade to our Lounge TV setup. I had a Sony CT-370 previously and there was an improvement even without the Sonos Sub. Adding the Sonos Sub though, bloody lovely. I’d have loved to get the Sonos Arc, but that was almost double the price when it was announced two months after I bought the Beam, my ears aren’t that aware, and the TV will be upgraded first.

In the Kitchen there was a Bose Mini II SoundLink paired with a first-generation Echo Dot. The SoundLink is pushing 6 years old now (although it feels much older) with its battery life waning, connected via Bluetooth to the Echo Dot. The quality was good, but there were occasionally drop outs and random blips in performance with the Dot and the SoundLink with other devices and services. There was of course two cables and you have to keep the Echo Dot some distance from the speaker when it’s paired over Bluetooth. Could I have connected them via a 3.5mm aux? Yes, and I did, but also more cables and messy.

Then I got an email about a special event from Sonos which piqued my interest, I added it to my calendar and promptly forgot. As fate would have it my evening was clear and I joined in for the special event, which revealed the Roam.

Maybe I was having a rough day and wanted to spend money (probably…🙊) , maybe I’m secretly a Sonos fanboy (yes…), maybe I was generally impressed with the product (definitely). I pre-ordered it as soon as the reveal event was over. A two month wait for the device was a long wait but let’s face it, we’ve all had various long wait’s over the past year.

First impressions count, and Sonos did a great job here. The box is made from recyclable and sustainable materials, and there’s a nice little loop to help pull it out of the shipping box.

[Editor’s note, all photos here are on the sofa because both the table and the desk are covered with various notebooks and computer parts… terrible planning] 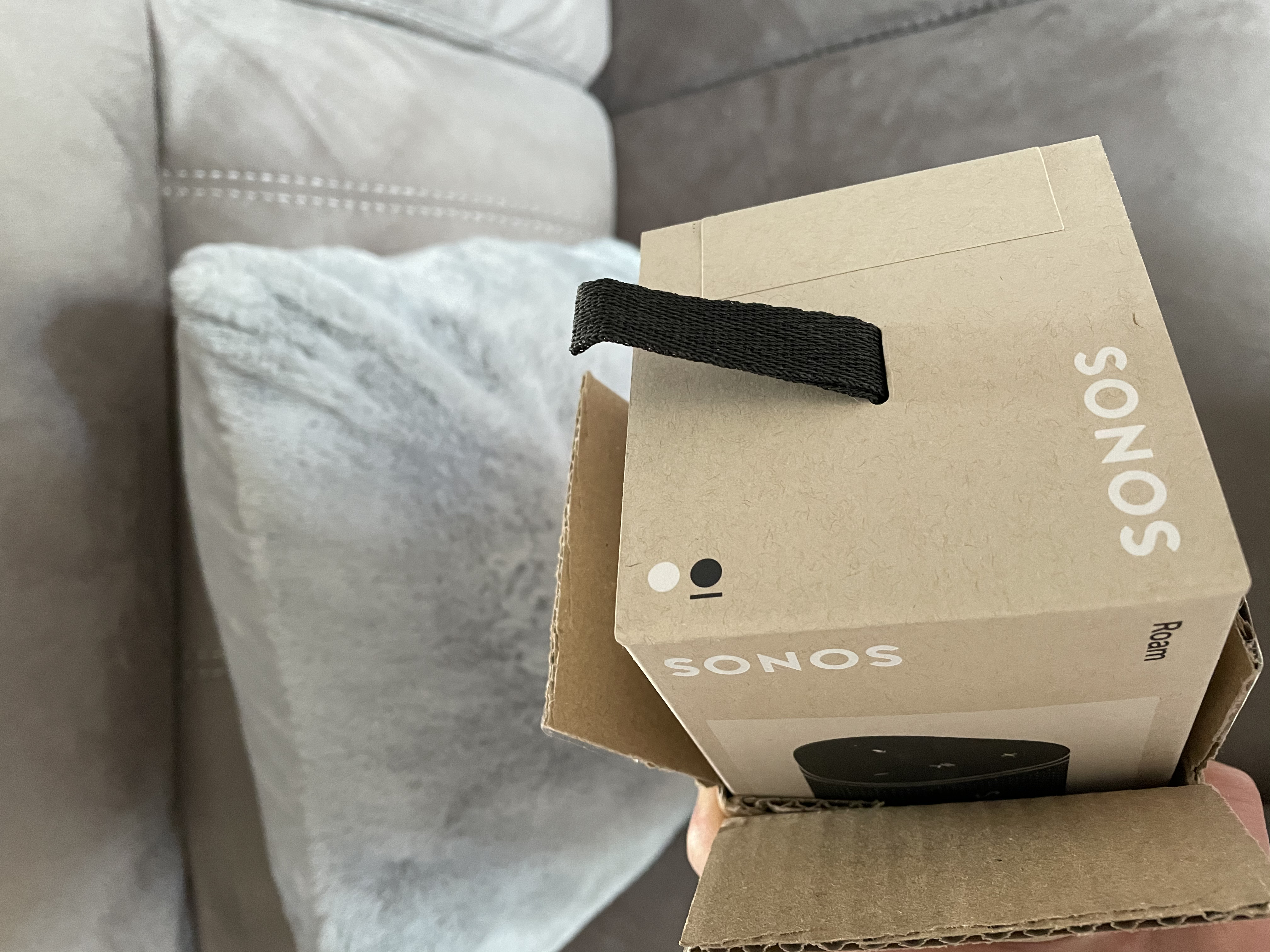 There’s a cute little pouch for it. I’m not sure how robust it’ll be after thrown around in a bag, and to be honest the furthest it’ll go for me is to the garden and back. 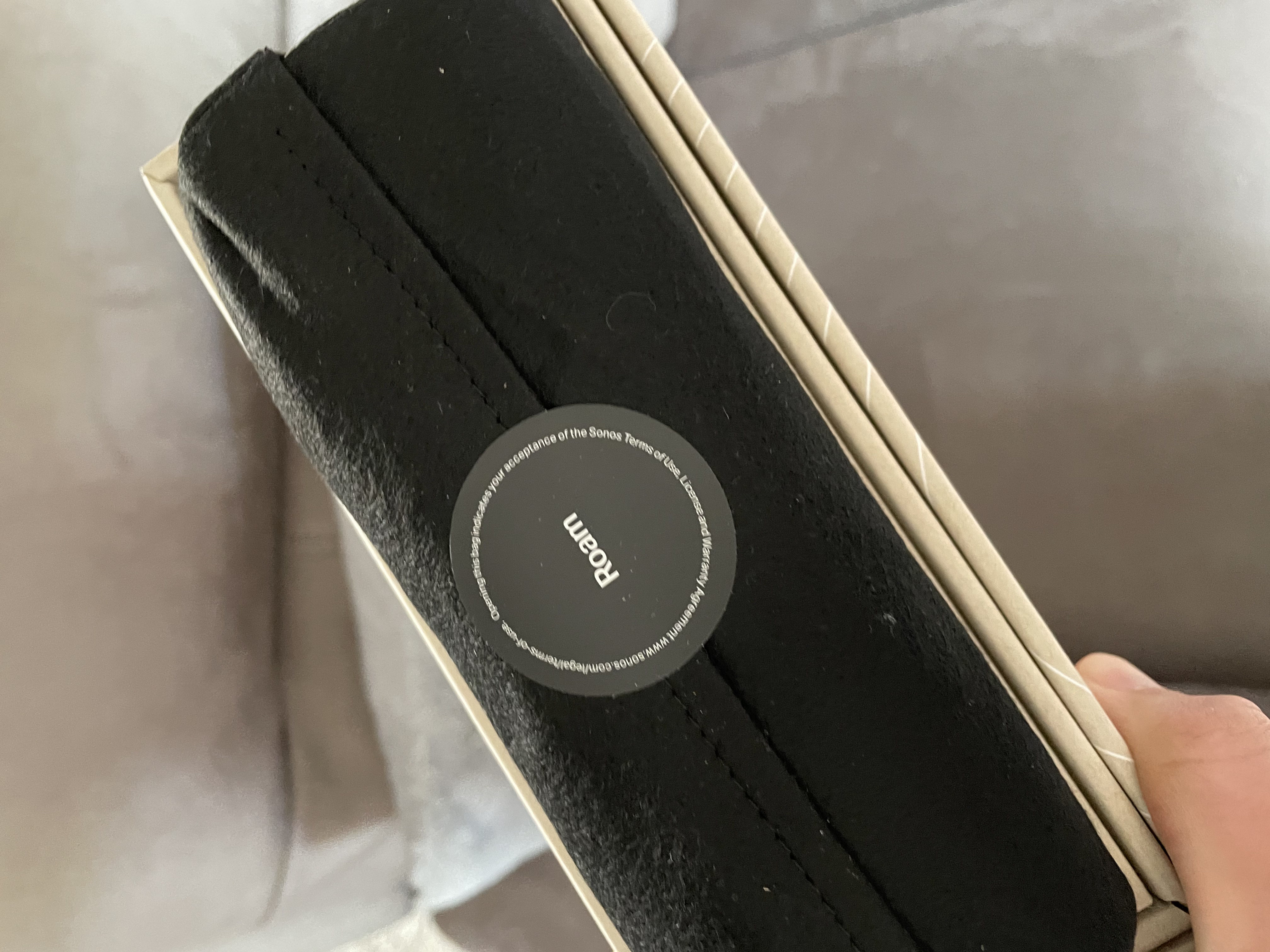 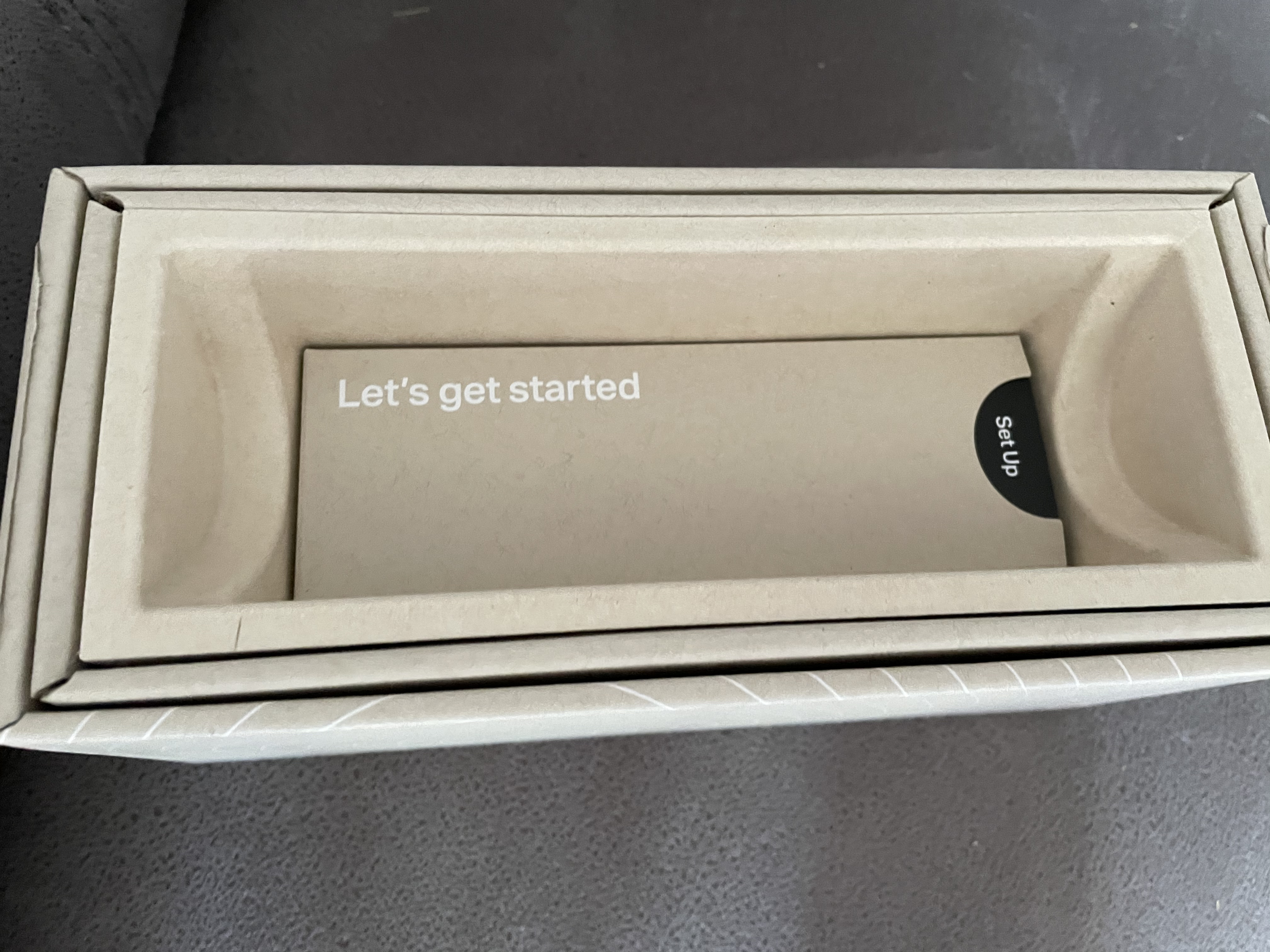 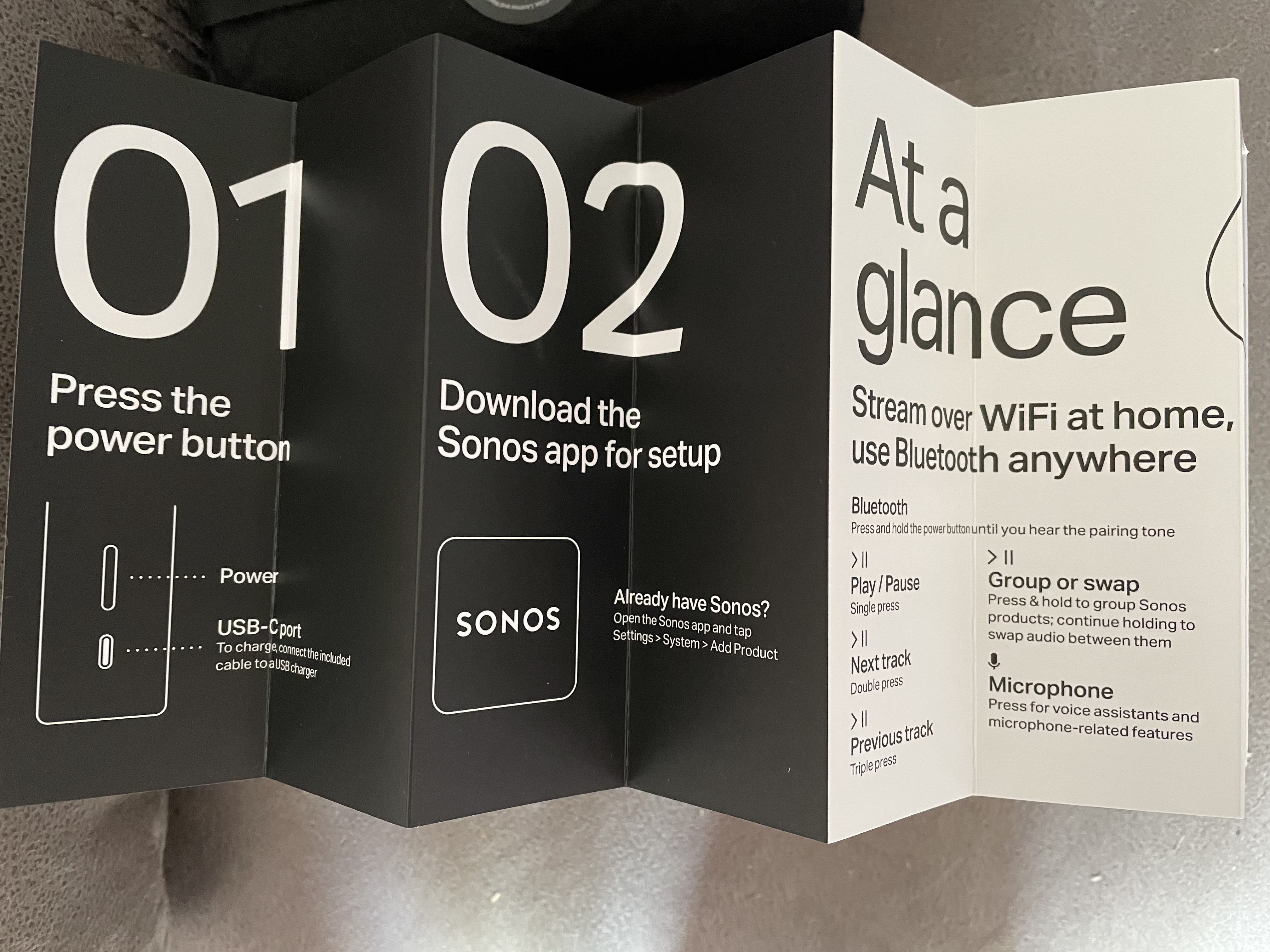 I already have the Sonos S2 app up and running, so let’s see how easy this is. The Beam requires you to join a specific WiFi network and all… NFC?! What’s this magic, slide my phone over the middle of the back of the Roam and that’s it?

Yes, that really is it. It’s incredibly precise, if you do it at the bottom of the Roam it won’t pick it up, but it will helpfully tell you to do it against the Sonos device that is currently chiming.

A quick software update later (does anything not come with a Day 0 patch now?) and it’s running. I go through a separate flow to add Alexa to the device: tap-tap-smile at FaceID to login to Amazon-tap-done.

Less than 10 minutes from unboxing, including taking some poor photos against the sofa, the Sonos is in the Kitchen playing Planet Rock. And then I get an email from Sonos advising me what to do before my Roam gets here… one step ahead of you here Sonos 😅 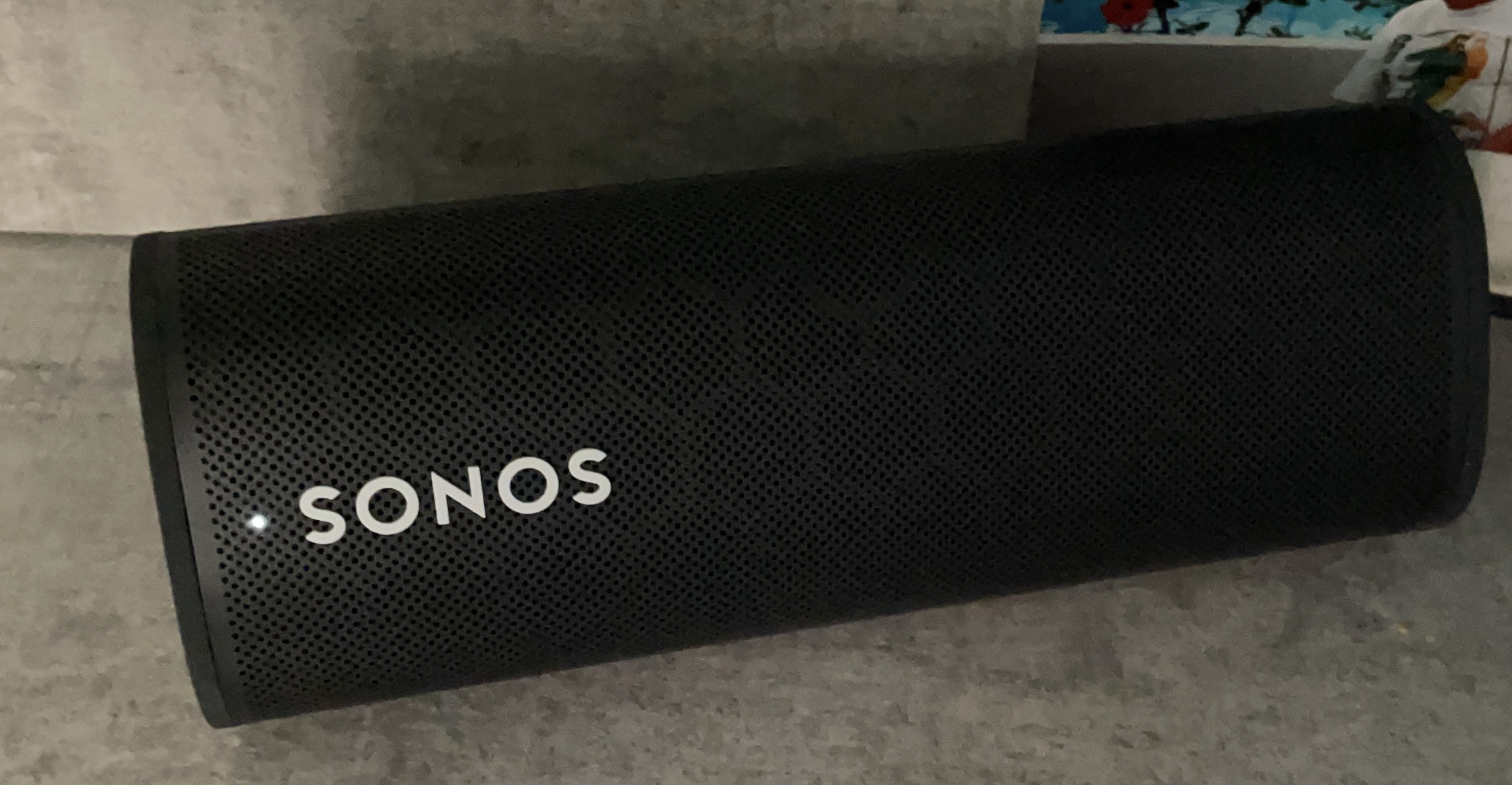 Amazing. I was playing music before I’d enabled TruePlay and it was doing a stellar job. Turn TruePlay on and thankfully I don’t have to wave my phone around each time, it’ll do it automagically.

As a friend remarked, it’s not the true calibration you would normally get, but there is a subtle improvement in clarity and quality. It’s two-devices in one, it’s tidier on the side, and the sound quality is great.

I have a terrible bug with the Beam where Spotify wouldn’t connect from my phone. I know I have a troublesome setup (Ubiquiti devices), and as it turns out that when I try it writing this sentence it works perfectly.

I guess I can now cast from my phone to the Beam and the Roam. I can feel the wub (you need to feel the wub of course) with the Beam + Sub, but the Roam sounds incredible considering it’s so small. Especially considering I’m in the lounge writing this, whilst its in the Kitchen.

Could it be improved?

There are two Alexa profiles in this house, and at the moment I can’t switch out of my Alexa account. Which is fine, because my account is the one with all the lights installed, but it will get annoying very shortly. I wondered if it was a setup thing that would come through in a couple of hours as it took a couple minutes for Alexa to fully enable, however eight hours later its still the same. “I’m sorry, I can’t do that right now” even after being switched off and on.

If you take it off the charger, it’ll turn off completely. There’s no standby mode, so you can’t walk in to the kitchen and ask Alexa straight away. However, after you push the power button it is on instantly. I’ll keep it plugged in for now, and then treat myself to the wireless charger (retails for £44) some other time.

Tomorrow I’ll go through the Alexa apps and make sure they’re configured properly, because I also need to sort out these lights…

I am sold on Sonos.